Les Misérables: The Characters or the Reader? 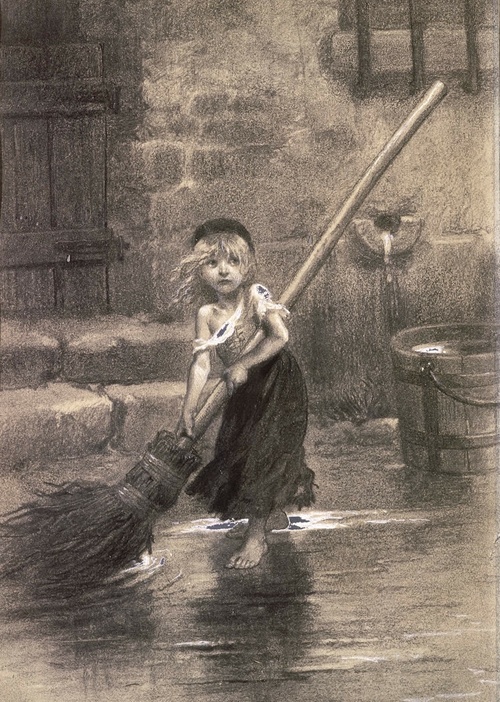 I have no patience for literature these days.

I used to.  I did book reports on “Dracula” and “The Three Musketeers” in the sixth grade.  I read Mark Twain for pleasure in middle school. Hell, I used to read Shakespeare for fun even before they forced it on us in high school!  Growing up in a house with a mother who has read every word Charles Dickens has put to print and who can’t seem to stop reading about the immortal Sherlock Holmes, you could say that I come by my affliction naturally.

But lately things have changed.  I have no patience for literature’s excruciatingly long, drawn-out build up, its rambling on and on for hundreds of pages about inconsequential characters who have absolutely nothing to do with the main characters or story line.  I defy anyone to tell me what in THE hell Tom Bombadil has to do with ANYTHING in “The Lord of the Rings.”  I had a nice, young, very intelligent family friend who is a BIG fan of LOTR attempt to explain the character’s purpose to me once and he’s the only one to even come close to the mark.  And even his explanation was a bit of a stretch.  For me, anyway.  It was after suffering through 100 pages of Bombadil-ian drivel that I gave up on Tolkien.  I know he’s a joy and a treasure, and that frankly it’s sacrilege to say this, especially in my family, but, I’ll just watch the movies instead.

I believe I began to truly gain speed on this literature downward spiral with “The Turn of the Screw.”  It seemed like every time this damn story was mentioned everyone would coo about how good and creepy it was.  So I thought I’d give it a try.  Off to the library I went.  That’s the one good thing about literature:  nobody else wants to read it so there’s always a copy of what you want on the shelf.  I checked it out, brought it home and began to read.  I don’t think I got 3 pages in before I threw the damn thing against the wall in disgust and frustration yelling at it that there “ain’t no damn way!!”  The thing was so damn riddled with commas to set off the subordinate clauses that I felt like a sprinter trying to run a race with his shoes tied together at the laces.  For example, Chapter 1, third paragraph, first sentence:

“But it was a comfort that there could be no uneasiness in a connection with anything so beatific as the radiant image of my little girl, the vision of whose angelic beauty had probably more than anything else to do with my restlessness that, before morning, made me several times rise and wander about my room to take in the whole picture and prospect; to watch, from my open window, the faint summer dawn, to look at such portions of the rest of the house as I could catch, and to listen, while, in the fading dusk, the first birds began to twitter, for the possible recurrence of a sound or two, less natural and not without, but within, that I had fancied I heard.”

The problem was that you could never get on with the damn story already with all those flipping commas spread around as if sprayed onto the page from the business end of tommy gun.  You were so busy trying to figure out what in THE HELL the narrator was trying to say in these halting, stilted phrases that by page three I didn’t give a crap any more.  That’s  when I realized that the age-old phrase oft-repeated in my family was true, and I uttered it with new understanding and relish:  “Life is too short to read crap books.”

And now I’ve found myself once again trying to confront the long-winded beast of classic literature.  This time my foe is “Les Misérables” by Victor Hugo.  I’m a BIG fan of the Broadway show and the movie was decent, and I’m always a fan of reading the original work that any adapted screenplay is based on because, let’s face it, most of the time the book is better.  So why not give “Les Mis” a try?  And what better way to try than to have someone read it to you?!  God bless this modern technological age, the smart phone and the Public Library.  So I downloaded the book straight to my phone, all 56 parts, each at least an hour-long, plugged in my headphones and pushed play.

After about hour two, I had gotten to Chapter Six of Book One, the Book One that was entitled “Fantine.”  You may know Fantine as Anne Hathaway’s character in the movie and/or the song “I Dreamed a Dream.”  By Chapter Six, we still hadn’t seen Fantine.  We hadn’t even HEARD of Fantine, let alone Jean Valjean, our main protagonist.  We were still on the Monseigneur.  You know, the guy who’s on stage for a total of maybe 5 minutes at the beginning of the show, saves Valjean’s soul for God and is never heard from again until the very end of the 3+ hour stage epic.  Today I managed to get to Chapter 12.  Nothing has changed.  I’m afraid I may have to throw in the towel on this one.  I don’t think I have the patience to wait for Jean Valjean, let alone Javert and all our other lovely band of cutthroats.  It might be different if I didn’t already now the story and what’s coming.  But as it stands, I just don’t have the patience.

Now this problem of mine might be due to the fact that I’m coming directly off listening to a modern sci-fi novel about a “Star Corpsman” that involved spaceships, aliens, different planets, laser battles, and more than a few allusions to sex just to keep things interesting.  Hell, it’s not even by Piers Anthony or Isaac Asimov, or any other sci-fi author you might recognize that I could brag about.  Writing styles certainly have changed from the days when a woman revealing her ankle in public was a shocking, shameful and even sinful disgrace.  In this fast-paced, “sex sells” modern era, I’m afraid I don’t have the time, patience or inclination to deal with the likes of Jane Austen or Emily Bronte any more.  Not that I ever did to begin with.  Call me chauvinistic if you must, and I’m sure you will, but I’m afraid that, with a few obvious exceptions like J.K. Rowling, by and large, female authors don’t do it for me.

So this begs the question that, when Victor Hugo decided to put pen to paper and compose this behemoth of a text and so-called “classic,” did he have his characters or his readers in mind when he titled it “Les Misérables”?  I’m starting to think it was his readers that he had in mind.  And all I can say to that is “Mission accomplished, Vic, mission accomplished.”

Now if you’ll excuse me, I have an appointment to keep with my friend John Carter on the planet Barsoom.  There’s nothing like a good pulp fiction tale, where the action is always more important than logic, for disengaging the brain and cleansing the literary palate.  I can feel the grey cells unwinding as we speak.  You should try it.  I highly recommend it.  After all, life’s too short to read crap books.