The Legend of the Hostess Hoard

The golden prize gleamed in the lamplight, the droplets of condensation on its cellophane wrapper glittering like precious gemstones, teasing me by being so near and yet so far. Three cards stood between me and the coveted prize. I had risked life, limb and weekly fortune to get here, and to have my desperately sought prize so close was almost unbearable. I said a quick prayer to whatever god might be listening and placed my wager. It was now up to fate, and the fall of the cards.

I’d never wanted a Twinkie so bad in my life.

I had heard tell, nothing more than whispers really, of a treasure trove buried deep in the rising cliffs of the western Bronx.  In a frozen cave, there was rumored to hide the legendary Hostess Hoard, gathered in a frenzied rush when word of the bakery’s demise had spread.  Now with the supply chain gone and the secret recipe held in legal limbo, the scarcity of the golden confections had caused their worth in the online auction circles to skyrocket.  But it was more the fever for flavor than the gleam of greenbacks that caused me to mount my expedition.  The lure of the cream filling was more than I could bear.  And so, armed only with provisions of pizza and beer, me and my native guide from the far-flung land of Queens,  made our way deep into the heart of darkest Bronx.

We hired a local driver, who followed a winding and arduous path that rose to a dizzying height.  At the base of the escarpment where it was said the natives lived, we dismissed the driver and set off on foot.  We approached with caution, not knowing what to expect, danger lurking around every corner.  At the entrance to the native encampment, just as we thought the way to be clear, we were set upon by a fearsome beast!  All flashing fur and ferocity, we only managed to survive when the brute was called off by the high priestess of the tribe.  Fortunately, I had been warned about this fearsome creature and had the forethought to come armed with hamburgers for the appeasement of the beast.  The transformation was remarkable and instantaneous, so much so that later in the evening he would lay his shaggy head upon my lap.  It was a lesson I would not soon be forgetting:  beasts can be bought with food.  Maybe that’s how women have managed to handle me so easily… 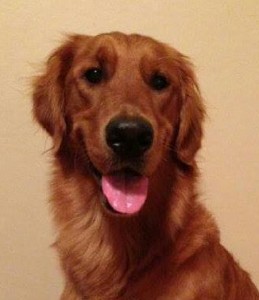 The chief of the tribe accepted our offerings of  pizza and beer with much joy, and invited us to join in this repast.  We accepted graciously and passed a pleasant hour ingratiating ourselves with our host.  At the end of the meal, the chief presented my native guide and I with a token of his esteem.  He led us to a sacred temple deep in the darkest reaches of the encampment.  There, in the shadowy recesses of the temple, the chief opened a secret panel to reveal his treasure.  And there, as the wafting waves of frozen mist cleared, my eyes beheld a sight I thought only a legend.  There, nestled in the carpet of ice crystals, was the fabled Hostess Hoard.  Boxes of Twinkies and Golden CupCakes  lined the little chamber from floor to ceiling, two boxes high, three wide and two deep.  In a gesture of magnanimity, the chief presented us each with a golden cupcake in tribute of our newly-formed friendship.  My eyes dazzled as I beheld the golden cake, the chocolate frosting and the signature central looping line of white piping.  My native guide gobbled her treasure greedily, whereas I held onto mine, treasuring it’s look and texture, savoring the scent of its cellophane wrapper, while allowing it to thaw and relishing the anticipation of its eventual consumption.  I wasn’t going to rush the loss of this rare and sacred treasure.  I had come too far to find it.

The chief and high priestess then invited my native guide and I to join them in a sacred game that was practiced by the tribe on only the most special of occasions.  It appeared to be a battle of wits that was waged with brightly-colored cards and as equally bright colored disks of weighted ceramic.  I sat down to the game with more than a little trepidation, vigilantly guarding my newly acquired confectionery treasure.  For the exchange of a twenty dollar bill, I was issued my own stacks of disks.  There was no turning back now.  So with a pack of 52 and mysterious foreign words like “river,” “turn” and “flop,” the war of wits was begun.

After a fumbling start, I began to get the hang of this strange native game.  With the stakes ever-increasing and my beginner’s luck becoming ever-stronger, the chief, his stacks of disks beginning to dwindle, retreated into the shadowy recesses of the temple once again to emerge with a treasure beyond all price, the rare and radiant Hostess Twinkie.  No longer produced and impossible to find, it’s worth its weight in creme-filled sponge cake.  It’s cellophane wrapper twinkled in the lamplight.  The high priestess’s eye glittered with a covetous gleam.  And as the chief placed the priceless morsel into the pot with the rest of the hand’s wagers, we all knew the stakes had just gotten serious.  Beads of sweat broke out on my brow.  The high priestess eyed her cards furtively.  My native guide shifted nervously in her seat.  Every face became an inscrutable mask.  I had the sense that, if things went wrong, we might see blood.  And as the last hand was revealed, the chief walked away with his treasured prize and the rest of the winnings, returning the glittering cake to the shadowy recesses of his temple vault.  The chief had gambled big and it had paid off in the end.  But I had a feeling that, from the look in the high priestess’s eye, this game between her and the chief was long from over.  It wasn’t long after this that my native guide and I found it prudent to take our leave.

So with a few more coins in my pocket and a treasured confection in my hand, we said our goodbyes to the chief and his priestess, promising to return again.  When that might be, I couldn’t say.  But now that we had been made members of the tribe through the game of wits and the trial by beast, I had a feeling that it wouldn’t be long.  I would only be able to resist the lure of the Hostess Hoard and its sweet creamy fillings for so long.  And as the towering cliffs were lost in the evening mists, I knew I would be back.  Armed with pizza, burgers and beer, the tribe would be powerless to resist.  And soon, very soon, if the cards fell right, the Hostess Hoard would be mine.  All mine.